Birthday Confetti Cinnamon Rolls are a fun breakfast idea to start a birthday! And with just 2 ingredients, it couldn't be any easier! 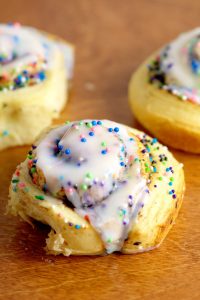 I may have mentioned before that I'm not a big breakfast person.  For breakfast, I'm totally okay with a cup of coffee (or 2... or 3...) and a piece of

toast, every day.  The kids aren't so keen on my idea of breakfast though (and thankfully so! Because seriously, I don't even want to imagine what my

kids would be like caffeinated...), so I often find myself scrambling for breakfast ideas.  That's particularly the case on their birthdays, when I feel like I should be making them a special birthday treat, but I have neither the time, energy, or breakfast creativity to make that happen.

for sprinkles, but get creative.  Use their favorite color, or rainbow, or different sizes and shapes.  I just love sprinkles! They're so pretty and easy and fun! 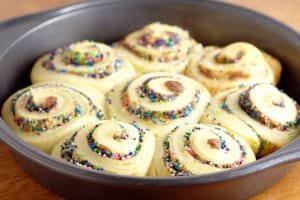 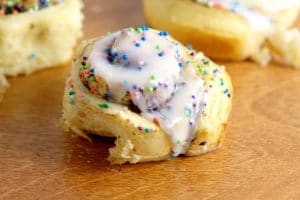 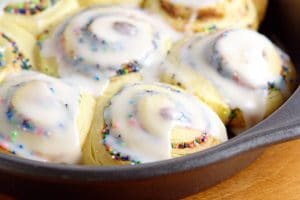 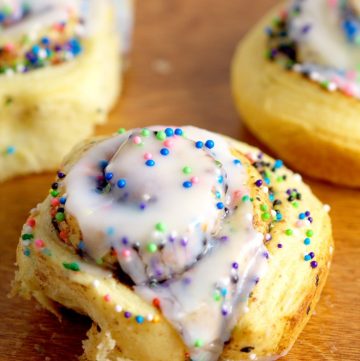 Did you like this Birthday Confetti Cinnamon Rolls Recipe? Find more on my Breakfast, Desserts, and Party Cakes boards on Pinterest! 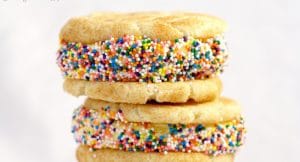 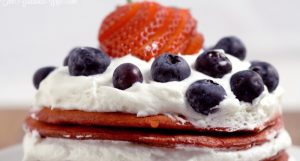