The BEST vanilla buttercream frosting recipe that is unbelievable creamy and fluffy and so easy to make. A recipe that every home baker needs!

Vanilla Buttercream Frosting is a recipe that every home baker needs to have in their repertoire, or recipe box if you’re like me.

I used to be a canned frosting sell-out, until I made my own homemade buttercream for the first time, and now I can’t go back. It is SO SO much better than homemade.

This vanilla buttercream recipe is my go-to for most of my frosting needs (unless I need a good cream cheese frosting, then I use this one!).

It is unbelievably creamy, light, and fluffy, and it still pipes beautifully.

Best of all, it is so quick and easy to make with ingredients you probably already have in your house: butter, powdered sugar, cream, and vanilla.

How Do You Make Vanilla Buttercream Frosting White?

The best way to make your buttercream whiter is to use clear vanilla extract, like this one, instead of your typical brown extract.

Also, whipping your frosting for longer makes it fluffier and whiter.

I will also sometimes use 1-2 small drops of blue food coloring (for the whole batch) to make it look like a truer pure white, instead of a buttery off-white.

However, it will always be slightly off-white because of the butter. You could use shortening instead of butter, but it won’t taste as good.

The Trick to Fluffy Buttercream Frosting

In a large mixing bowl, cream together butter and sugar with a mixer until blended and smooth.

Add vanilla extract and cream, and continue beating on high for an additional minute.

Continue beating on high for an additional 5-10 minutes.

Check the consistency and add cream or powdered sugar accordingly.

Spread or pipe on cupcakes or cake. Cover and refrigerate to store for later use. 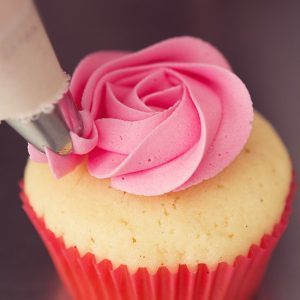 This recipe frosts about 12 cupcakes, and makes about 3 cups total. Each serving in the nutrition facts is about 1/4 cup.

Knowing how to make your own Vanilla Buttercream Frosting is a must.  For one, it’s astronomically more delicious than it’s canned store-bought counter-part.  And two, it’s so quick and easy, there’s really no reason not to make it yourself!

I use this quick and easy Vanilla Buttercream Frosting recipe as a base for most of my other frosting recipes.  It really is amazing. And it’s even thick enough to pipe onto cupcakes, if you like. 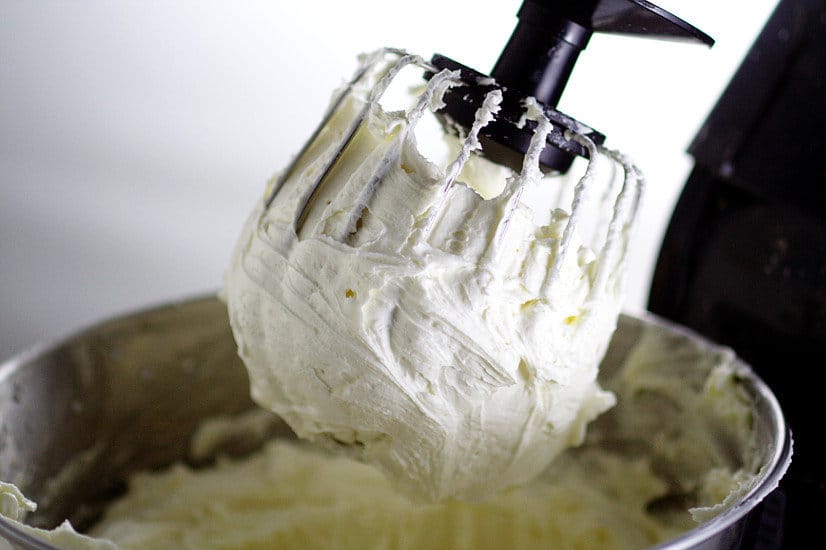