Find 44 of the BEST Crock Pot Soup recipes to cook and snuggle up with this cold season.  From creamy, cheesy chowders to chunky, hearty stews, there's something for everyone! 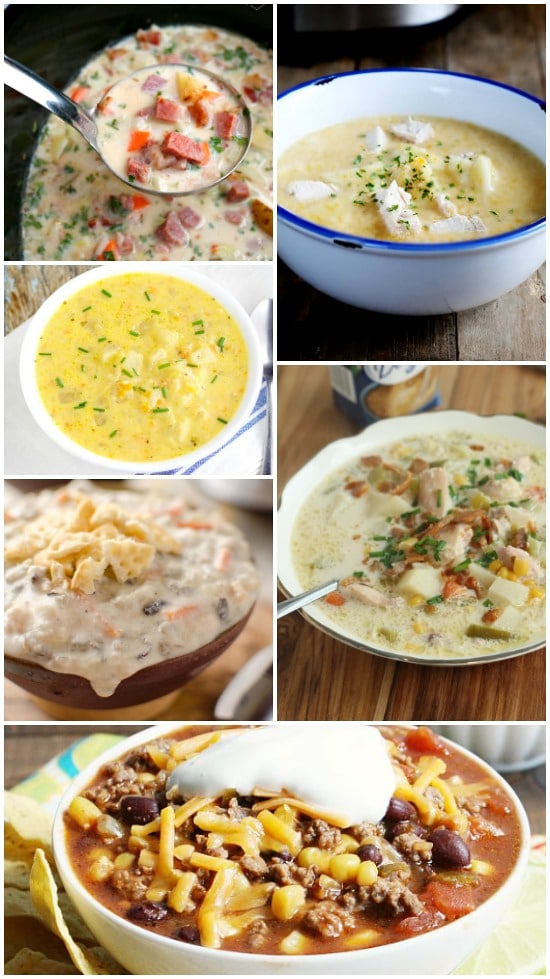 Who else has that Crock Pot nice and broken in by now?! It's totally slow cooking weather, and I love using mine during the school year because it makes dinner so much less stressful.  And I can spend that time talking to my kids and helping them with homework rather than running around trying to prep dinner.

I'm looking forward to soup for dinner all the way until next Summer, so I've gathered up 44 of the best Crock Pot Soup Recipes to cook in the slow cooker and snuggle up with.

Click on the corresponding link to see the full soup recipe.

15. Slow Cooker Corn and Sausage Chowder from Scattered Thoughts of a Crafty Mom

19. Slow Cooker Cheeseburger and Potato Soup from Back to Her Roots

23. Crockpot Creamy Tortellini Soup from Coffee With Us 3

24. Chicken Corn Chowder in the Slow Cooker from The Country Chic Cottage

33. Hearty Bacon and Corn Chowder Soup from Honey and Lime

35. Italian Crockpot Two Bean Chili Soup from An Italian in my Kitchen

38. Vietnamese Pho Recipe for The Crockpot from Menu of Musings

43. Ham and Potato Soup from The Typical Mom

44. Slow Cooker Chicken Tortilla Soup from Back to Her Roots

Did you like these Crock Pot Soup Recipes? Find more on my Crockpot and Soups boards on Pinterest! 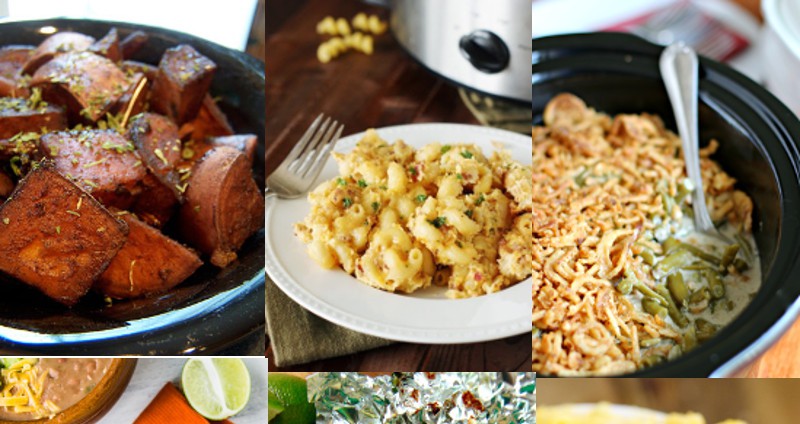 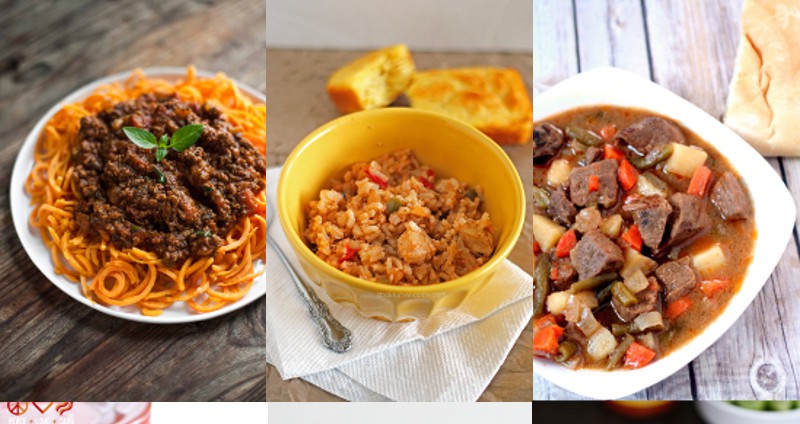 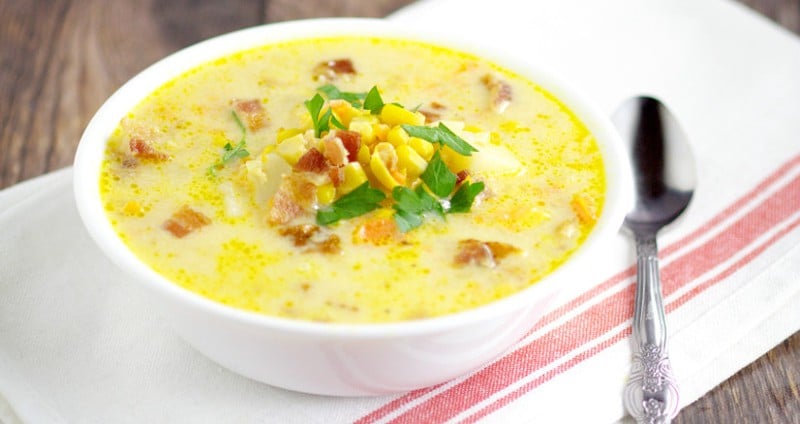 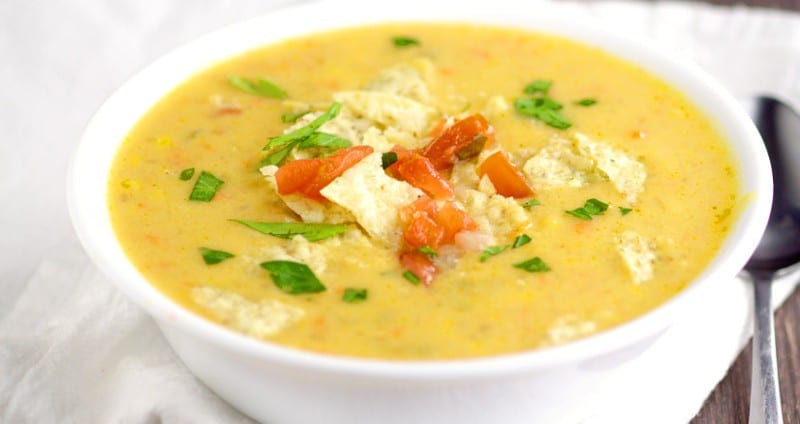