Beer turns an average recipe into cozy comfort food and can turn any food into game day food.  Check out these 72 recipes made with beer for a comfy mouthwatering treat. So, I’m going to be completely honest. I’ve never really liked beer. To the point that, for a long time, I was very seriously convinced that NO ONE liked beer, and anyone who said otherwise was lying because they thought it was something they were supposed to like. Turns out, there are actually quite a few people who genuinely enjoy the taste. Hm. Who knew??

Naturally, my distaste for beer made my house a less than ideal place for people to get together to watch sports. I would never think to stock up on beer, and it’d lead to some disgruntled guests. I did, however, eventually find a compromise with beer-lovers when I discovered that food made with beer actually tastes pretty awesome. Now, on game days, that’s usually what I serve for snacks, appetizers, and dinner. That way, I’ll have some beer leftover for those who want it, and everyone gets yummy food! So, if you’ll be entertaining people next game day, these Recipes with Beer are sure to satisfy everyone, whether you’ll be cracking open a cold can of beer or cracking open a cold can of soda like me. 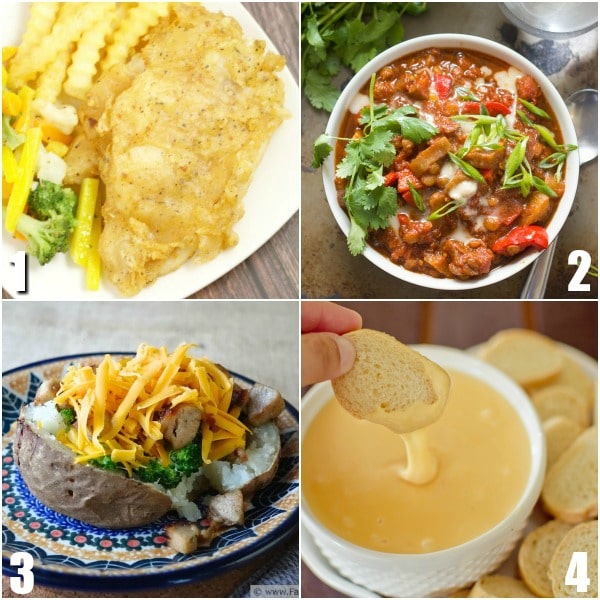 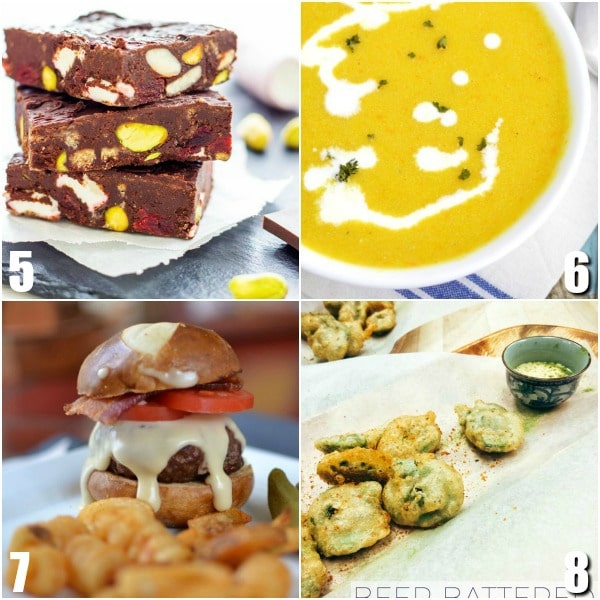 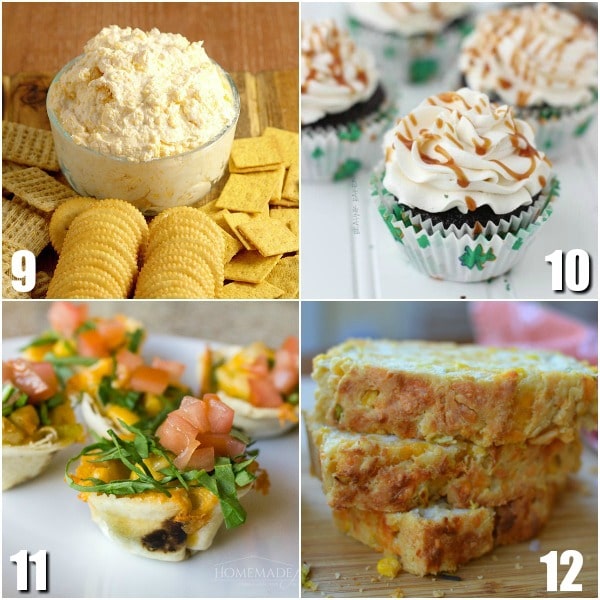 11.  Chicken Enchilada Bites with Beer and Green Chile Sauce from Homemade from Elle 13.  Beer Cheese Sliders from Me and My Inklings

16.  Carne Asada from Homemade for Elle 18.  Beer Soft Pretzels with Maple Mustard from Flavor the Moments

20.  Beer Pancakes from The Shirley Journey 28.  Beer Boiled Shrimp with Fresh Corn from A Grande Life 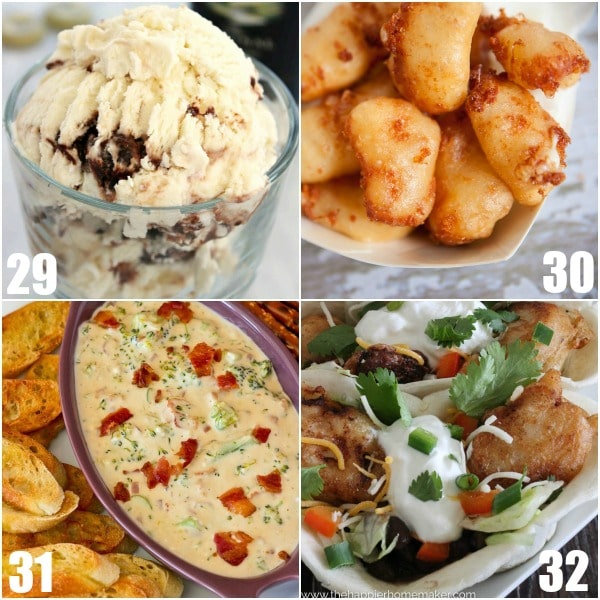 33.  Slow Cooker Chicken and Stout Stew from Peas and Peonies 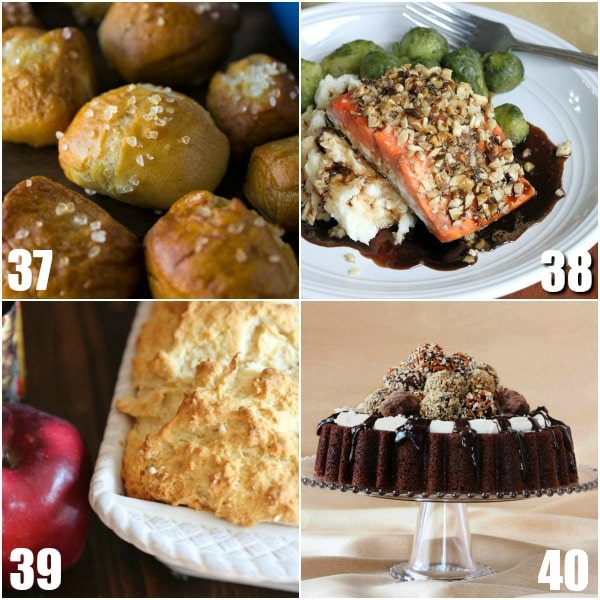 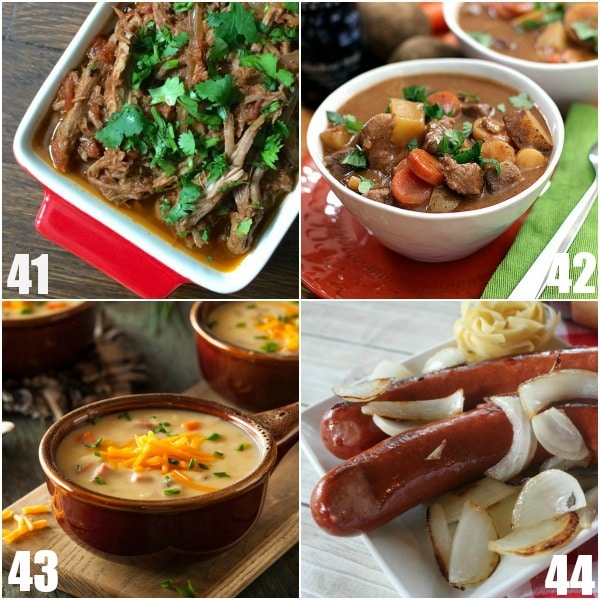 43.  Soup Maker Cheesy Turkey and Ale Soup from Recipes This

44.  Beer Braised Sausage and Onions from This Mama Loves 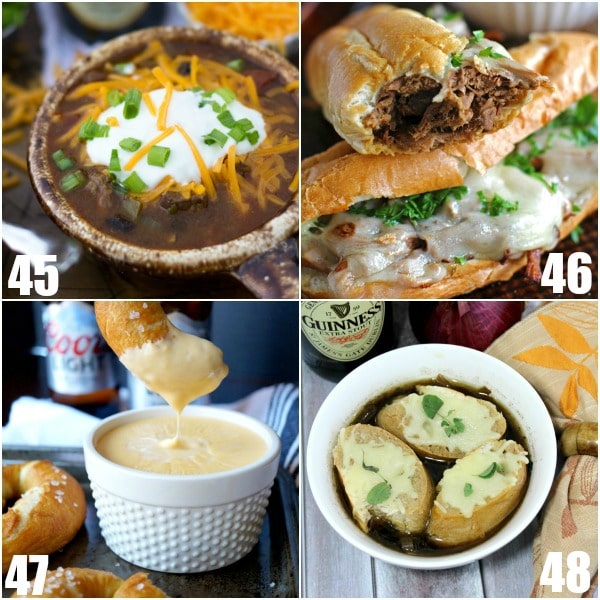 47.  Soft Pretzels with Beer Cheese from The Baking Fairy 52.  Rosemary Olive Beer Bread from Baked by an Introvert 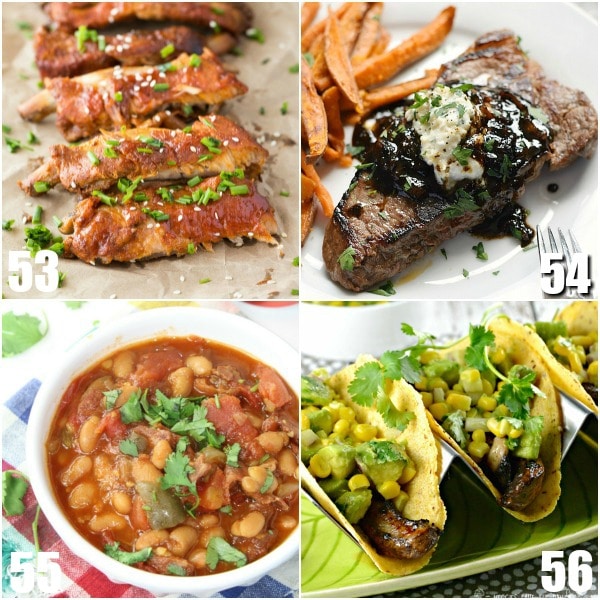 53.  Fall Off the Bone Ribs from My Organized Chaos

56.  Beer Marinated Portabello Tacos from Veggies Save the Day 58.  One Pot Gumbo from Nellie Bellie 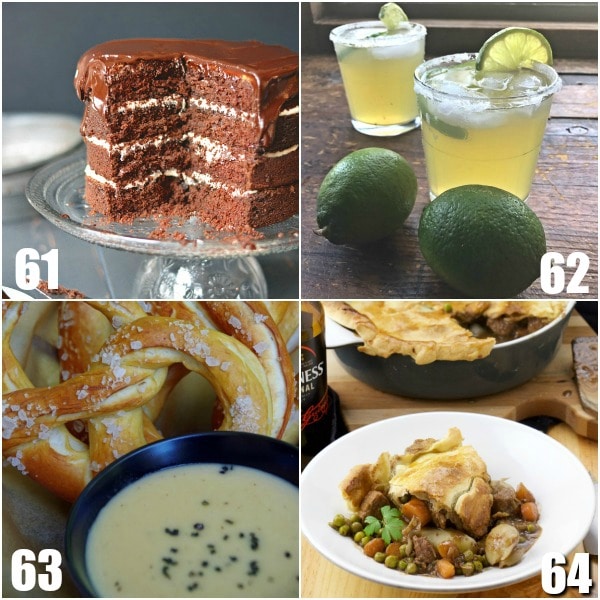 63.  Homemade Pretzels with Beer Cheese from Turning the Clock Back 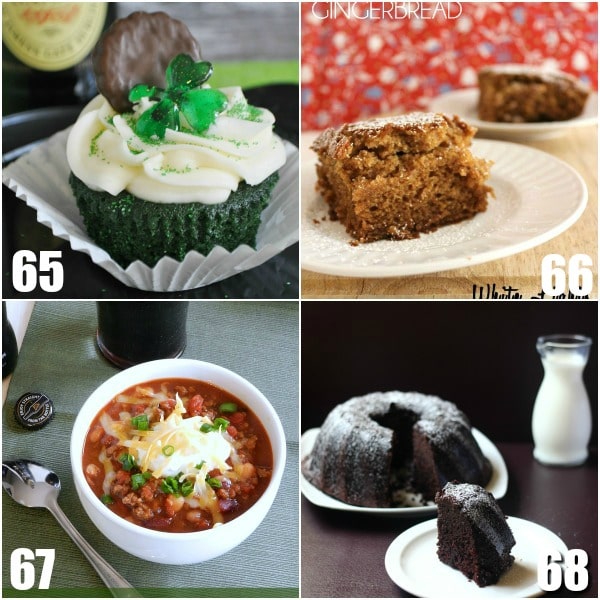 67.  Guinness Chili from Cooking with Curls

68.  Guinness Chocolate Cake from Jessica in the Kitchen 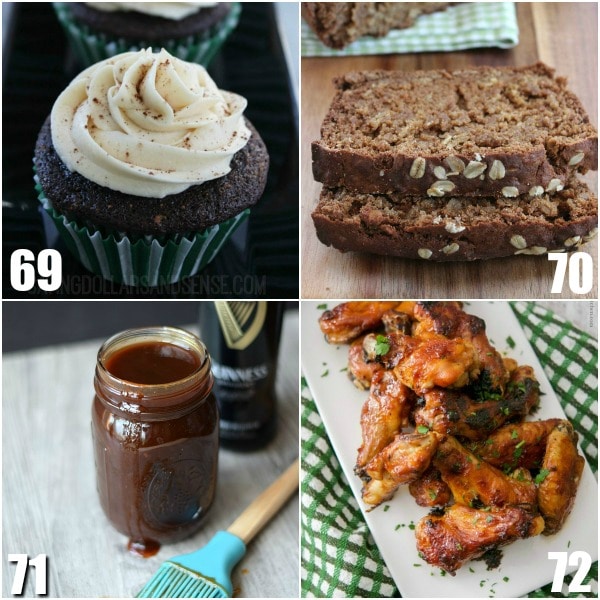 Did you like these 72 Recipes with Beer? Find more on my Dips, Appetizers, and Dinner Ideas boards on Pinterest! 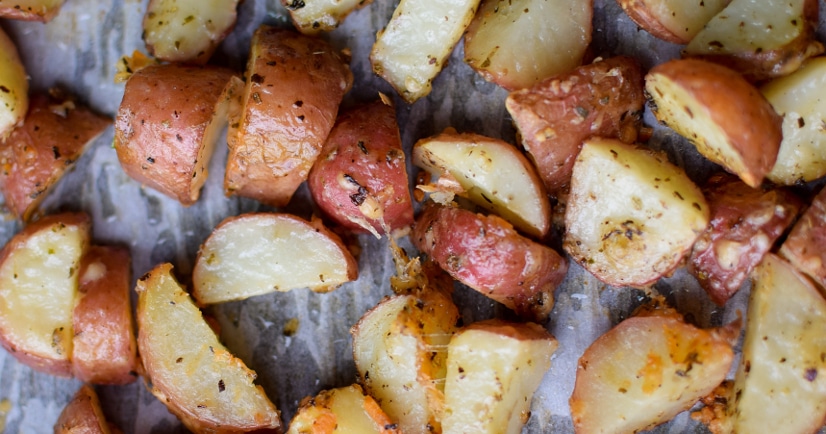 11 Cheap Meals to Make with Potatoes 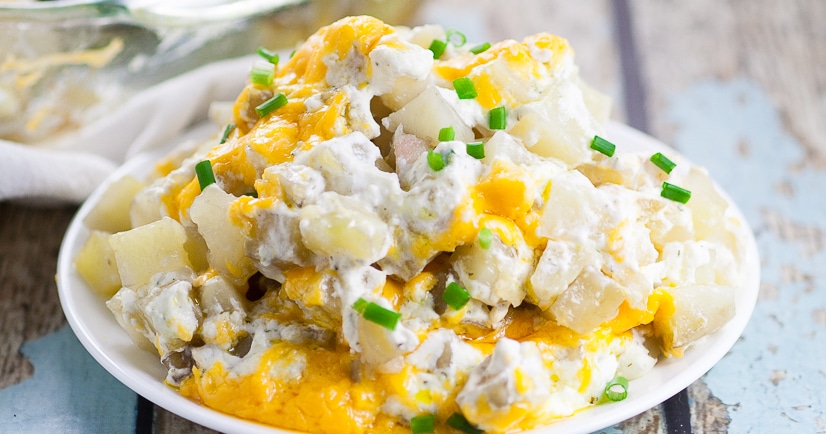 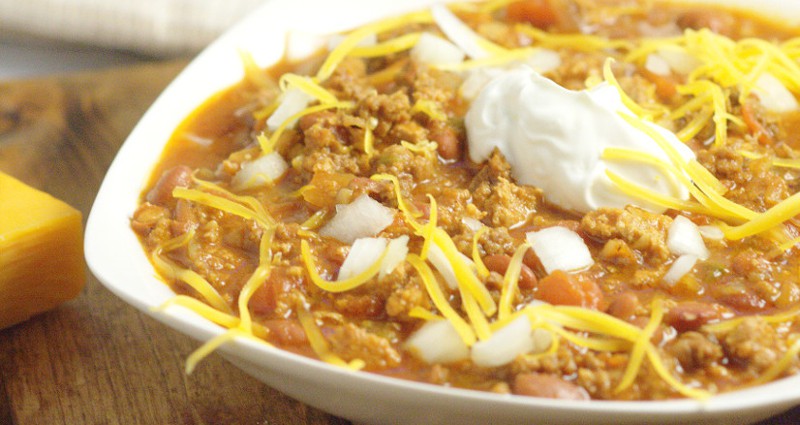 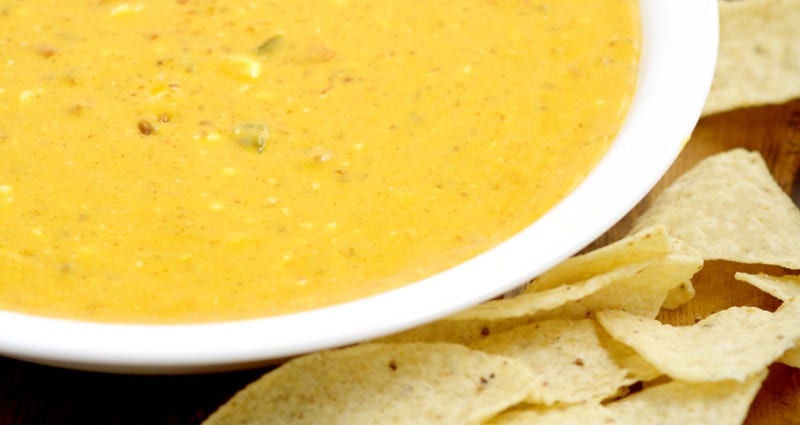